A few hours in Amsterdam

We visited the highlights of Amsterdam (and it was amazing) 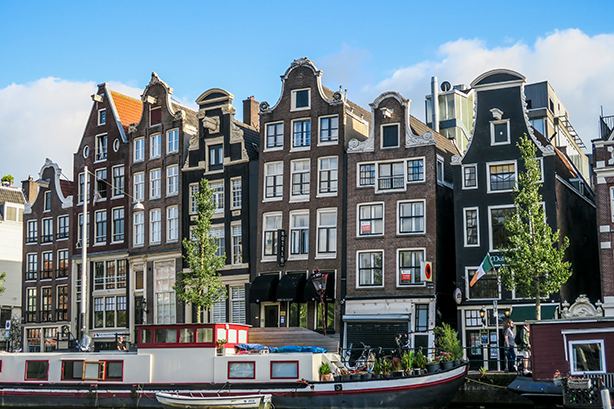 Whew! This past week was a busy one! My mom and brother came out for the first time to visit me in The Netherlands! They had never been to the country and they took the opportunity to visit some highlights of Amsterdam with us. Let me tell you it was a blast!

These were three of the amazing sights to be seen in Amsterdam. There’s too much to do in one day. My mom had goals that she needed to hit and so we did those. There’s so much to see that it would take us the whole week to complete a fraction of it! Here is what we did.

The Van Gogh Museum
This was the first stop on our list. My mom has been wanting to visit for ages and she got her chance to. It was so crowded with people because we decided on a 10:00 AM time slot. By the time we got to the last floor the crowd had died down. If you’d like to take your time and lose yourself in the artwork I suggest you go a little later in the day. This museum also has wonderful mini exhibits that pop up from time to time. We went to the Van Gogh & Japan exhibit and it was indescribably beautiful. Take note that picture taking is forbidden.

The Anne Frank House
We had never been to the Anne Frank house before and I might say that it was a humbling experience. No photos were allowed at this museum and I prefer it that way. This house has been preserved out of respect and in the memory of those who struggled to live there. While most of the furniture has been removed, the spirit of the house still remains. It’s important to note that tickets can only be bought online. Sometimes months in advance. Please plan ahead because showing up there without tickets will result in sad news for you.

Cruise Like a Local
Sander and I had done one canal cruise before but this was something special. Our guide was a man named Vincent and his commentary was the best. He was insightful and highlighted some insider information about buildings along the canals of Amsterdam. Even Sander learned something! My favorite highlight was the information about the Dancing Houses (as seen in the photo above). Many Dutch houses were built on wooden poles and they began to lean over time. These houses are a great example of that because they lean all over the place! 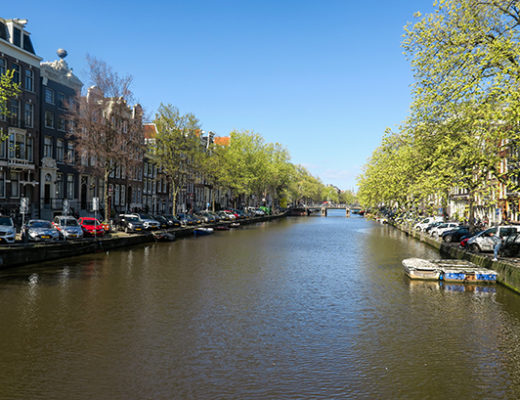 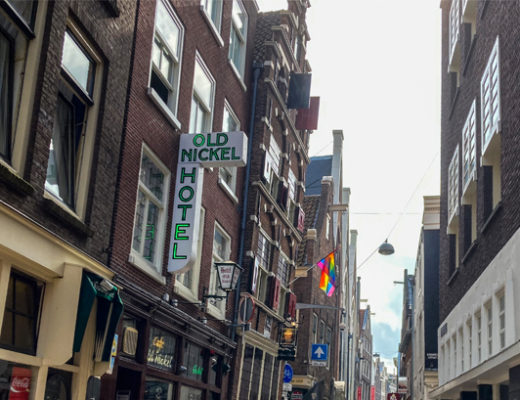 A Return to Amsterdam