We’re in the middle of summer and that means longer daylight hours for us! Did you know that the sunsets around 10pm every night? How crazy is that? I came from California and the sun would always set around 8pm for us. These two extra hours of sunlight are wonderful to have. I can sit on the couch with my dogs and watch the colors change in the sky. But it also gives me a little extra time to catch up on some good old television.

Good Omens
This show is based on a book by Neil Gaiman and Terry Pratchett. I loved this book so much and have fond memories of it. I had it on audiobook when I worked at a bookstore. We would all file into work at 5am and I would listen to this as I shelved books. It was a fantastic story that was not only hilarious but quite insightful. I’ve heard that the show is fantastic so I can’t wait to sit down and experience it for myself.

Stranger Things
This is one of those shows that everyone has heard of. Sander and I are still on the 1st season! He’s told me to go ahead and watch it without him because it’s not his thing. I need time to sit down and marathon it now! I love the setting and the atmosphere, it’s dark, spooky and it’s what I’ve been looking for! I’ve been watching Swamp Thing but I heard that it’s been cancelled… I can fill the hole with Stranger Things.

Avatar – The Last Airbender
Yes I know I’ve been living under a rock. When Avatar came out I was too busy being a high school junior to watch TV. That’s my best excuse. I know this show is highly celebrated though and now I need to make time to watch it! The good thing about visiting childhood television, is that my adult brain can read deeper into the message. A few months ago I watched all of Adventure Time for the first time. Let me just say that it left a deep imprint on my heart.

Love, Death & Robots
I heard about this show back in May when Youtuber Jenn Im mentioned it as one of her favorites for the month of April. I haven’t heard much about it but from her review I’ve decided I should check it out. I’m a fan of animated shows and movies and this looks promising. Jenn gave it rave reviews so I hope that I find it a good watch as well.

The Chilling Adventures of Sabrina
I grew up with the original Sabrina the Teenage Witch so it’s going to be fun to revisit the characters. I’ve heard that this show has some seriously dark themes. I’ve always been a fan of dark magic television too. While there’s a part of me that’s worried about my childhood memories, I’d like to see how the characters have changed to fit their new universe. I know the original show was comedic and lighthearted and that this show is the opposite of that. Sometimes it’s nice to see how a new generation interprets a story. 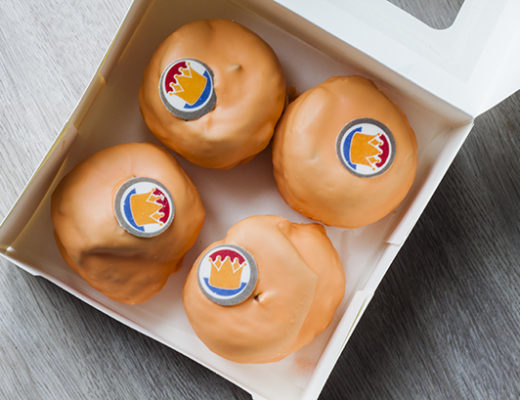